People magazine recently ran a story about a celebrity divorce that happened 24 years ago in which rumors and questions of domestic violence during the divorce came up. The full story can be read here http://goo.gl/0SQBuc. Without going into a huge discussion about how domestic violence is a serious societal problem which would be beyond the scope of this blog post; it does raise the question of when is a divorce really over? The article reports “heckling him over rumors that he had abused his famous ex-wife. “They’d scream, ‘Hey Justice, hit the ball like you hit Halle!’ “he remembers.” I would imagine most people would not want to answer any possible marital indiscretions or wrongs for the intervening 24 years after their divorce.

It begs the question whatcould have been be done legally to address such issues at the time of divorce. If someone is experiencing bad PR, either past or present (Greg Hardy?) then they would benefit from the services of a PR firm. Say the right things, engage in meaningful discussion, and expressing genuine remorse would be some of the things a PR firm would recommend. Legally though the answer may not be so clear. Walking through the steps David’s divorce lawyer took 24 years ago may shed some light on possible scenarios. The first legal play would be to seal the divorce file which in simple terms means no one can look at any legal pleadings without obtaining permission first. Secondly, some type of non-disclosure agreement as part of the divorce settlement which simply means no one can talk about the terms of the divorce and the conduct of the other party during and after the marriage. Both of these items together would amount to an information black cloud. Ideally this would mean no one discusses the divorce or conduct of the other party. Ever. This should and would slow down the rumor machine.

In some ways this might not have been the best idea. Mostly people might assume if the entire file is sealed then both or either party had something to hide. (Oftentimes litigants simply want privacy when they ask the Court to seal the file). Not sealing the file shows you have nothing to hide as everything is in plain sight. If there are no pleadings on file alleging domestic violence nor requests for protection made then that proves no such allegations were made. Hiding the file gives the impression you have something to hide while public access of the file would alleviate these rumors.

I think most divorce litigants believe they don’t really need any of this as they are not public figures nor celebrities. While this might be true, it doesn’t account for future employers, future spouses, or future business associates. In the vast majority of the cases sealing the file and non-disclosure agreements prevent a lot of this. Everyone is in a rush to ‘finish the divorce’ but some serious consideration needs to be given to this topic. 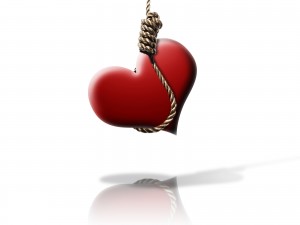 I enjoy the subject matter I blog about and love just as much reading and conversing about it with other like-minded individuals who enjoy the same subject matter. I encourage all readers to respond and post their comments either good or negative. However I do not publish or respond to requests for personal legal advice or posts that promote a product or service. These types of comments are moderated and not published. If you have a legal problem please call my office and schedule a time to speak with me.