The season is alittle more than half way over and it’s time to take stock. Brand new bike to start the season and it has been great. Hydro braing makes a huge difference and carbon really smooth’s out courses. Threw off two chains two weeks in a row because I put the bike down to hard after barriers which tanked two weeks worth of racing. Then got hit with the mud bowl one week followed sub 30 temps the next week. It’s been a season of attrition so far but hey I’m riding my bike and having fun. Off to the State races this weekend and totally stoked to see other racers and chat it up after the race. I wish more of my immediate riding crew took xcross more serious but my raceteam www.dallasbikeworks.com always has a huge showing both locally and at State’s. Ths weekend should be no different. Off to Fort Worth for Colonel’s Sho Air! 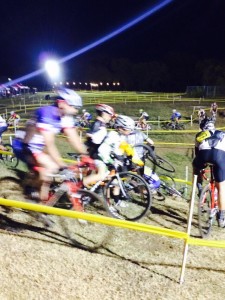